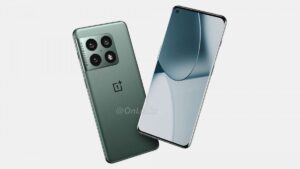 OnePlus CEO Pete Lau has confirmed that the successor to the OnePlus 9 series will be unveiled in January. Lau recently posted on Chinese social platform Weibo, “OnePlus 10 Pro, see you in January,” but did not reveal a specific date.

This seems to coincide with the 5 January launch date for the OnePlus 10 Pro claimed by leakster Max Jambor. If the leak is to be believed, the phone will debut in Las Vegas on the same day that the Consumer Electronics Show (CES) kicks off.

There is also a rumour that OnePlus will only debut one model for the 10 series this time. It’s an interesting rumour, given that OnePlus usually has a base model, a pro model, and a cheaper “T” variant, though the OnePlus 9T was cancelled this year.

As for specs, an earlier leak claims that the OnePlus 10 Pro will sport a 6.7-inch AMOLED display with 120Hz refresh rate, a triple camera array, and is confirmed to run on the new Qualcomm Snapdragon 8 Gen 1 chipset. It’s also expected to run on a new unified global operating system, following the merger of OnePlus and OPPO.