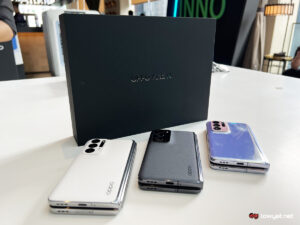 Late last year, OPPO officially showed off its first foldable phone, the Find N. Nearly a year later, what is claimed to be the specs of its sequel, which will probably be called the OPPO Find N2, have made their way online. By this point, it’s probably no surprise that this comes from another notable leakster.

As GSMArena reports, the leak this time comes from notable Weibo leakster who goes by Digital Chat Station. Perhaps the most unusual element of this supposed OPPO Find N2 is that it will have a faux leather-covered back. The report claims that you’ll still get some colour variety, with black, white and green being listed as options, but we did not see that referenced in the original Weibo post. Worth noting is that the first model had purple instead of green as the third option.

Other items in the supposed OPPO Find N2 spec sheet includes a Qualcomm Snapdragon 8 Plus Gen1 chipset, a 7.1-inch 120Hz LTPO AMOLED folding screen, and a 4520mAh battery which can allegedly provide a normal day’s use. There will also be a fingerprint sensor on the side as part of the power button.

The tipster also says that production of the OPPO Find N2 is already in production, so a launch may be scheduled sooner rather than later. As you can probably imagine, there are no dates for this at this time. There’s also the question of if the device will even leave its home market of China once it gets announced. One can argue that a major highlight with this is the faux leather back, which is still quite unique among phones, nevermind the premium foldable models. That being said, we’ll also need to see if they will start peeling like the faux leather of headphones do after awhile.