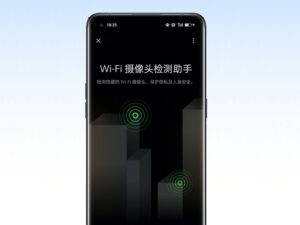 OPPO has announced a rather interesting new feature coming to its new Find X5 and X5 Pro flagships. Revealed through the brand’s official Weibo page, a new app called Hidden Camera Detection claims to be able to spot hidden cameras in the room by utilising the wireless connection that these cameras often use.

If it actually works, this is quite useful for travellers staying in an Airbnb or hotels, which have had several reports in recent years of owners installing hidden cameras to spy on unknowing guests. That being said, the app is only able to detect cameras streaming over Wi-Fi, which is admittedly better than nothing.

According to the post, users will need to turn off their Wi-Fi and hotspot on their phone for this to work. The app will detect wireless signals in the user’s vicinity and will group cameras according to which network they’re using.

In addition to that, the lights need to be turned off for some reason before users can start scanning the room to locate the cameras. At the moment, the app is still in beta and is coming to ColorOS 12.1 for the Find X5 and X5 Pro, but OPPO says it might be available to its other devices in the future.