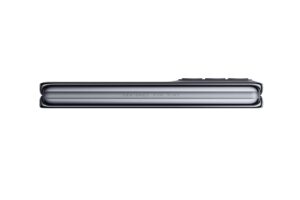 While OPPO has showcased a foldable device all the way back in 2019, it was simply a prototype on the road to a consumer product. Though it looks like the company is finally ready to reveal one that people can actually buy. And this is set to happen next week.

In a press release, OPPO reveals a render of the side of its foldable phone, the Find N. It doesn’t actually show much, since it’s a look from the side. But the hinge suggests that it folds from side to side, meaning that it will be a book-style foldable device.

Company chief product officer Pete Lau, who also co-founded OnePlus, said that the first prototype for the OPPO Find N came about all the way back in 2018. There have been six generations of prototypes since, with the one we saw in 2019 likely being one of them.

All that being said, nothing much has been officially revealed about the OPPO Find N. Though it is expected to come with a Qualcomm Snapdragon 888 chipset and 12GB of RAM. Though it won’t be too long a wait until the company reveals its spec sheet. The device is set to be officially revealed next week, on 15 December.