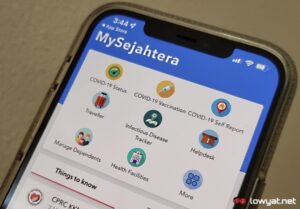 The Public Accounts Committee (PAC) of Parlimen Malaysia has said that the appointment of KPISoft as the developer for MySejahatera did not follow the proper procurement procedure set by the government itself. The remark was part of the committee’s report on MySejahtera’s development and procurement process that was published earlier today.

In fact, PAC pointed out that no official documents have existed in regard to the appointment. This is with the exception of a non-disclosure agreement between KPISoft and the National Security Council (MKN) which signed it on behalf of the government.

The committee also said that the government have been confused by the Corporate Social Responsibility (CSR) concept that was pitched by KPISoft. In its opinion, PAC believes that the developer has used CSR as a method to circumvent the proper procedures to obtain the project.

There was also no official document which said that MySejahtera in its CSR nature would last for one year. PAC believe that this has eventually forced the government to come out with a new contract for MySJ Sdn Bhd via direct negotiation even though MySejahtera’s development and usage should remain as CSR.

In addition to that, the RM196 million ceiling price for MySejatera procurement has also been deemed by the PAC as too high and contradictory to what CSR is supposed to mean. Even though the government insists that the app belonged to them, KPISoft which has since renamed itself Entomo is still the owner of MySejahtera’s intellectual property (IP).

The fact that the Cabinet is asking the government to take over MySejatera also showed that the app still belonged to KPISoft, in general. Furthermore, PAC has also discovered that the government has yet to register MySejahtera at MyIPO up till April 2022 and this may allow the developer to claim ownership of the app.

Despite all the red flags that PAC have listed in its report, the committee did applaud the government’s decision to reject KPISoft’s suggestion to commercialize MySejahtera. This was apparently done to safeguard the safety of the user’s personal data.

As if it’s not obvious enough, the committee pointed out the government should revisit the direct negotiation contract that it signed in November and make sure that they are the ones who really own MySejahtera. Ultimately, PAC believes that the Malaysian Administrative Modernisation and Management Planning Unit (MAMPU) has the capability and expertise to take over and operate MySejahtera.

The committee concludes its report by recommending the government continue their effort to turn MySejahtera into a national public health management tool. You can check out the full report right here which also contained presentations from the Health Ministry and Prime Minister’s Department as well as the in-depth meeting minutes from all of PAC’s proceedings that are related to the report.