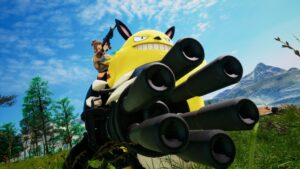 Pokemon is decidedly a very kid-friendly franchise. And while fans have always had speculations of what happens off-screen, Nintendo and The Pokemon Company are very unlikely to address those. Filling that void, sort of, is a parody called Palworld, by Japanese developer Pocketpair.

The trailer is not exactly graphic (there’s no blood or gore), but you’ll see a lot of elements you expect to see in the news instead of a game trailer. This ranges from guns and sweatshops to poaching and outright predator-prey interactions in the wild.

There’s also a lot of, shall we say, inspiration, taken not only from Pokemon, but from other media as well. For example, there’s one weird iteration of “what if we made a Pikachu that’s based of a cat?”, an obvious riff of Kyogre, and an uncanny combination of Electivire and Totoro that wields a minigun, of all things.

Palworld will be releasing on Steam sometime this year, barring any delays. No word on if it will be available on any other platform. The game got its second trailer last week, with the first one being released back in June of last year. It’s pretty surprising that Nintendo hasn’t done anything, but then again, the same can be said about other games like Temtem.

The post Palworld Is Pokemon Satire That’s Coming Out This Year appeared first on Lowyat.NET.