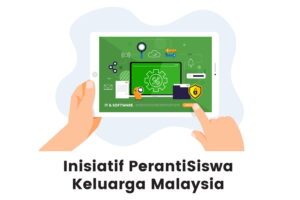 First announced at the tabling of Bajet 2022 last October, the PerantiSiswa Keluarga Malaysia (PSKM) programme aims to provide a tablet for all students of higher learning institutions that come from B40 families. Communications and Multimedia Minister Annuar Musa today has provided some updates regarding the initiative which has a budget of RM450 million in addition to another RM65 million from telcos.

According to the minister, the programme’s online registration system is expected to be completed in mid-April. Once the initial processing has been performed within April to May, the first phase of the tablet rollout can then take place as early as the first week of June.

Meanwhile, Annuar also said the Ministry of Communications and Multimedia will not compromise when it comes to devices used by PSKM given its role to assist students in their education. He insists that PSKM will be using quality devices with specifications that are equal to or even better than those offered in the market.

Among the minimum specifications that the minister has mentioned during his press conference at Parlimen today includes a 10.1-inch (not 10.1 cm, YB…) display and 4GB of RAM. Additionally, PSKM tablets also must come with a keyboard and stylus although ultimately, no actual device was revealed at today’s press conference.

In general, the timeline announced by the minister matched the Q2 estimation that the Malaysian Communications and Multimedia Commissions had noted last November. We are definitely looking forward to seeing the actual devices that the government will procure for PSKM which are going to be distributed for free to around 600,000 eligible students throughout the country.

The post PerantiSiswa Tablets To Roll Out In June; Will Have At Least 10.1-Inch Display and 4GB RAM appeared first on Lowyat.NET.