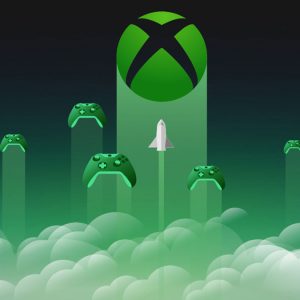 Earlier this year, we saw reports that claim that Microsoft is working on am Xbox cloud streaming device. At the time, this was thought to be something reminiscent of the Amazon Fire Stick or Google Chromecast. As it turns out, the company has pivoted away from this direction. Because of this, the device may end up actually looking more like a console, if the teaser by Phil Spencer is any indication.

On Twitter, Spencer posted a celebratory post in conjunction with the 25th anniversary for the Fallout series. The highlight here is supposed to be the Vault Boy figure on the bottom shelf. But the eagle-eyed among the internet’s denizens have spotted a console-like device on the top shelf, with an Xbox controller for scale.

Somewhat giving legitimacy to these claims, the Xbox Twitter account has publicly replied to the Phil Spencer tweet. It reads “Now what did we say about putting old prototypes on your shelf boss” which is a pretty suggestive thing to say. On one hand, this could be an absolute nothingburger, as it could be a prototype of just about anything. But should that be the case, brands would usually just keep quiet instead of responding in such a teaser-y manner.

Not too long after the initial report by GamesBeat back in May, Windows Central was provided a statement by Microsoft regarding the change in form factor. The company says that it is “constantly evaluating our efforts” and “reviewing our learnings”, which resulted in said change. As an aside, the Xbox streaming device is referred to internally with the codename Keystone.

At any rate, the previous GamesBeat report claims that the Xbox streaming device would be released within the next 12 months from the time of publishing. And there’s still seven whole months before the year-long window is up.