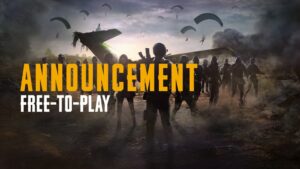 PUBG, or as it likes to be known these days, PUBG: Battlegrounds, is going free to play. This is set to go into effect very early next year, across all platforms that the game is available on. The announcement was made during The Game Awards.

With the introduction of the free to play version, though, PUBG: Battlegrounds will also be split between two tiers. There’s the Basic tier that all the new players will be getting access to, to start. But if you’re a longtime player of the game, then you’ll automatically be bumped up to the paid Plus tier. If you have not already bought the game, you will still be able to buy yourself into the Plus tier for US$12.99 (~RM55).

And if you want to play more than your usual vanilla quick matches on PUBG: Battlegrounds, you’ll probably want in on the Plus tier. After all, the game is locking the Career – Medal tab, Ranked Mode and Custom Matches behind this paywall. That last one includes both creating and just simply playing of ranked matches.

PUBG: Battlegrounds will transition into its free to play model on 12 January 2022, across all platforms that’s not mobile. Existing players will get their account pushed to the Plus tier by logging in after the transition, as well as some extra cosmetic bonuses for being early adopters.