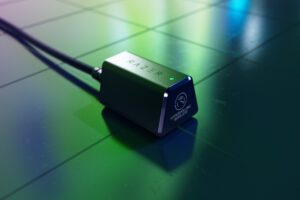 Most of the Razer gaming peripherals have a polling rate of 1000Hz, meaning it detects inputs 1000 times a second. This includes its Viper V2 Pro, currently the top-of-the-line mouse that the company in its catalogue, which sports the same polling rate in wired and wireless mode. But what if you want it to be “faster”? What if, by some miracle, you can actually benefit from the faster polling rate of the Viper 8KHz, and wished the V2 Pro could provide the same? The answer is apparently the Razer HyperPolling Wireless Dongle.

Well, not quiet to the same level, but at the very least halfway there. The Viper 8KHz has, as the name suggests, a polling rate of 8000Hz. As for the Razer HyperPolling dongle, this only pushes the polling rate of the Viper V2 Pro to 4000Hz. It does make it so that the mouse has a higher polling rate in wireless mode than wired, which is strange.

On the surface, an ordinary person probably wouldn’t be able to tell the difference between a polling rate of 1000Hz and 4000Hz or 8000Hz anyway. But if you were a pro gamer, there’s probably a higher-than-baseline chance that you could appreciate the higher polling rate.

There’s also the issue with this Razer HyperPolling dongle being a very specific accessory to the Viper V2 Pro. Considering the company’s wireless mice mostly use the same HyperSpeed Wireless tech, you’d think that this dongle will be compatible with the mice that do. But from the looks of it, that’s not the case.

In terms of price, the Razer HyperPolling Wireless Dongle costs RM149. Which is quite a lot to ask, considering the only mouse it works with costs RM749. With that kind of money, you may be more inclined to pay a little more to get a whole mouse, rather than just a dongle.

(Source: Razer via The Verge)