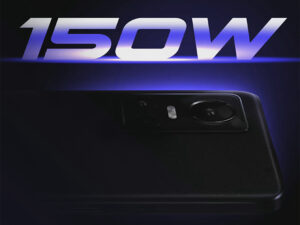 China will be the first to get realme’s upcoming GT Neo 3 smartphone later this month, as confirmed by the company in a Weibo post. No specific date has been given yet but nevertheless, it is much earlier than the global launch, which realme India VP Madhav Sheth said will be coming in the second half of the year.

The new phone will be the first to feature realme’s 150W UltraDart charging system which is among the fastest phone charging technology to date. It’s claimed that the GT Neo3 is able to charge to 50% in just five minutes, similar to OPPO’s newly announced 150W SuperVOOC charging that will be coming to a yet-to-be-revealed OnePlus phone.

realme has previously confirmed that the phone will also be one of the first to run on MediaTek’s Dimensity 8100 chipset. Additionally, reported leaks have suggested that it will sport a 6.7-inch 120Hz OLED display with a triple-camera setup and a 4500mAh battery.

Other reports also claim that there will be two variants which include one that supports 80W charging and another that supports 150W. It has also been rumoured to ship with realme UI 3.0 based on Android 12 right out of the box and can be obtained with up to 512GB of storage although naturally, we have to wait for all these details to be confirmed by realme later this month.

The post realme GT Neo 3 To Roll Out In China This Month appeared first on Lowyat.NET.