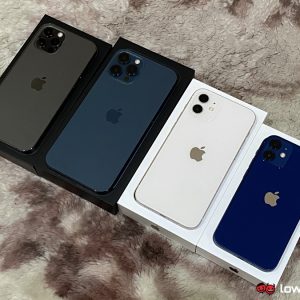 The iPhone 12 famously started the trend of not providing a charging brick in the box, and similarly the EarPods were excluded as well. Other brands like Samsung are, despite initially mocking the decision, are also following suit. They may actually be taking it further, excluding them for budget options as well.

And if a new report is to be believed, no wonder they’re following the trend. Because it not only makes you the environmental good guys, it looks good on the balance sheet as well. The Daily Mail reports that Apple makes an additional GBP5 billion (~RM27.45 billion) since the iPhone 12 announcement.

Citing CCS Insight chief analyst Ben Wood, the report states that Apple has sold 190 million iPhones since, each one bringing in the company about GBP27 (~RM128) extra. And that’s not counting the additional estimated GBP225 million (~RM1.24 billion) from accessory sales.

The argument that not including these accessories is better for the environment probably still stands. And for those who do upgrade frequently, that may indeed be the case. But it’s also important to remember that, going back to the iPhone 12 example, the first phone that didn’t come with a charger and headphones was still priced higher than the previous one that did.