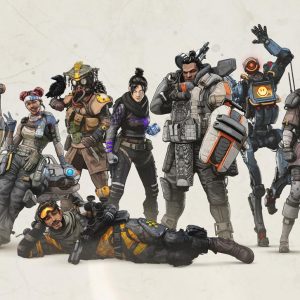 Respawn Entertainment, the developer studio under Electronic Arts, is probably busy with churning out new content for Apex Legends. It is also working on the sequel to Star Wars Jedi: Fallen Order called Survivor. But the studio is also apparently cooking up something new for the Apex Legends universe.

As Dexerto reports, Respawn has a couple of job listings for an “Apex Universe FPS incubation project”. One of them describes the job as building a “brand new Respawn single-player adventure. Beyond these details, the job listings doesn’t really describe much about what this game will be about.

It’s interesting that Respawn chooses to frame this new game as being of the Apex Universe, when Apex Legends itself is of the Titanfall universe. Assuming of course that the Apex Universe is referring to the Apex Legends universe. If so, then this suggests that, despite being in the same universe, and the singleplayer nature of this next game, it probably won’t be Titanfall 3.

This also means that this new game is probably not related to the previously announced premium Titanfall game that was supposed to be released all the way back in 2019. That obviously didn’t happen, and according to IGN, Vince Zampella, the head of Respawn, said in 2020 that “there’s nothing currently in development”. This suggests that said game has been cancelled, and that this new one is, well, new and unrelated to the old cancelled project.

All that being said, Apex Legends has a wealth of characters, and in turn, lots of stories to tell. So it’s likely that this is the direction that Respawn wants to go into. It would help if it would relate a little more to the Titanfall side of things, but for now we just have to wait and see where the studio intends to take the franchise.

The post Respawn Is Making A Single-Player FPS For The Apex Legends Universe appeared first on Lowyat.NET.