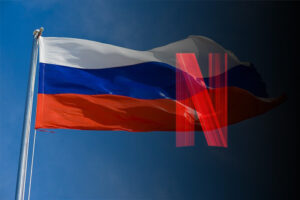 Roskomnadzor, Russia’s media watchdog, is requiring Netflix to stream 20 state TV channels on its platform starting from March, after being registered as an “audio-visual service”. Companies registered as such are required by law to make major federal government channels available to Russian customers, including the flagship Channel One, entertainment network NTV, and a Russian Orthodox Church channel called Spas.

The register was created in late 2020 and includes any streaming service with over 100,000 daily users. It requires companies under its list to comply with Russian regulations, as well as register a Russian company. Netflix’s Russian branch is operated by Entertainment Online Service, a subsidiary of National Media Group, which owns 29% of Channel One.

Some of the laws that Netflix now has to comply with includes the banning of the promotion of “extremism”, which has broadly been used to suppress anti-Kremlin opposition, as well as Adolf Hitler’s Mein Kampf. The law lacks any concise definition of extremism, giving the Russian government the ability to crack down on any political dissent.

In an effort to reign in foreign companies, Russia recently passed a law that requires all foreign tech giants to have local representatives, and even started investigating Netflix for allegedly hosting LGBT content that goes against its gay propaganda law. Google and Meta have also been hit with massive fines for failing to delete content that the government had deemed illegal.