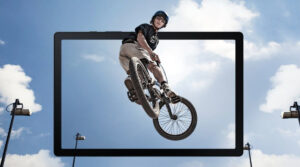 Samsung has officially launched its latest mid-range tablet, the Galaxy Tab A8, in Malaysia. As you may recall, the device was originally unveiled globally last month. Despite being offered in two configurations for select markets, only the Wi-Fi variant has been made available locally.

To recap, the new Galaxy Tab A8 comes with a 10.5-inch TFT LCD panel with a resolution of 1920 x 1200 pixels. It is also equipped with four Dolby Atmos-enhanced speakers, Bluetooth 5.0 and Wi-Fi connectivity, a USB-C port for data transfer and charging, Android 11, and a 3.5mm headphone jack.

Found under the tablet’s hood is an unspecified octa-core chipset, which Samsung claims to offer a 10% increase in terms of CPU and GPU performance over its predecessor. Additionally, it also comes with 3GB of RAM and 32GB of internal storage, which can be expanded up to 1TB via microSD. Powering the Galaxy Tab A8 is a large 7,040mAh battery that also features 15W Adaptive Fast Charging capability.

Moving on to the back of the tablet, situated on the upper left corner is a single 8MP primary camera with Auto Focus. Meanwhile, housed within one side of its display’s bezel is a 5MP front-facing camera. Samsung notes that both cameras are capable of recording FHD 1080p videos at 30 fps.

The Samsung Galaxy Tab A8 is available now via the brand’s official online store, and is offered in two colour options: Pink Gold and Dark Gray. In conjunction with its launch, Samsung is also giving away two free gifts to buyers of the new tablet from now until 28 February 2022. These include a Clear Edge Cover worth RM99 and one year Samsung Care+ coverage plan worth RM110 while stocks last.

The post Samsung Galaxy Tab A8 Now Available In Malaysia For RM999 appeared first on Lowyat.NET.