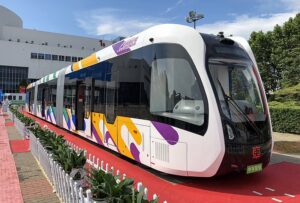 Sarawak has plans to implement the construction of a second Autonomous Rail Transit (ART) system in Bintulu within five years, according to Premier Abang Johari Openg. The route will connect Bintulu town with Tanjung Kidurong which will be developed into a petrochemical product production hub and medical hub.

The Premier said that the system will meet the demand for the industrial development of Tanjung Kidurong which is expected to spark 15,000 job opportunities in the next four years. Aside from being a mode of transport for the locals, the Bintulu ART system will also be accessible to foreign tourists, especially for those who want to visit the Similajau National Park.

The Sarawak state government already has plans to build the trackless and automated transport system in Kuching, with construction to begin in the third quarter of this year. The project’s routes are 52.6KM long and are expected to be operational in 2025, while Bintulu’s implementation should take place by 2027 based on the remark by the state’s Premier.

Besides Sarawak, Johor is also using ART in its upcoming Iskandar Malaysia Bus Rapid Transit (IMBRT) that’s due to be operational next year. The trackless tram system is also being tested in Cyberjaya as a way for the city to reduce carbon emissions, with a maximum capacity of 307 passengers.