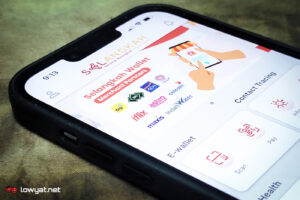 Selangor-based contract tracing platform Selangkah today has launched its new e-Wallet feature to its mobile app on iOS, Android, and Huawei devices. The cashless payment function is among several new additions planned for the app that was announced earlier this year, including the recently introduced SelangkahID and SelangkahBiz.

According to the platform, the new addition – known officially as Selangkah Wallet – aims to close the gap between Malaysian consumers and merchants via contactless and cashless payment methods. Both of which have grown in popularity thanks to the country’s recent digitalisation drive, while also considered as a safer transaction alternative for consumers in light of the ongoing COVID-19 pandemic. As with most e-Wallets, payments via the new feature are done through QR code scanning.

Selangkah Wallet is powered by Green Packet Bhd subsidiary Kiple, a fintech company that provides various services such as QR payments, credit top-ups, bill payments and so on. It is worth noting that the company is also behind SelangkahBiz, the app’s other payment platform that is mainly designed for small and medium enterprises (SME).

The Selangkah Wallet update is now available to all users of the app starting today. To activate the new function, users must first verify their details and provide a short video for facial recognition through the app. A quick tutorial for this process can be viewed via the video embedded below.

Currently, stores that support the new cashless payment feature includes Hari-Hari, EconSave, Mydin, and KK Mart. The platform notes that this list is expected to expand further in the near future. Additionally, Selangkah also touts its new e-Wallet feature to be the first health-oriented payment platform in Malaysia, being the official payment gateway for Selangor’s Selcare Clinic and Selcare Pharmacy services.