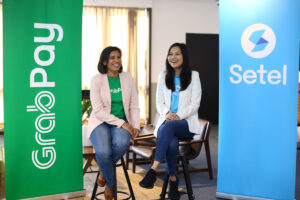 Petronas-owned e-payment service Setel has announced a new partnership with Grab Malaysia, which allows its users to top-up its e-Wallet with the latter’s GrabPay service. According to the former, the move will offer motorists a more inclusive and rewarding experience when using both applications together.

Specifically, Grab users can now enjoy a seamless refuelling experience on the Petronas e-payment service while earning rewards on both platforms. Furthermore, they can earn GrabRewards for every wallet top-up, as well as Mesra points when they pay with Setel for fuel or items at any Kedai Mesra at Petronas stations nationwide.

As a special promotion in conjunction with this new partnership, new Setel and GrabPay users can earn free credit reward of RM9 from the former for the first three top-up transactions amounting to RM30 from now until 2 April 2022. In addition, new GrabPay users will also be given a 20% discount with a value limit of RM12 for their first transactions.

Both Setel and Grab say that motorists can look forward to more rewards and discount campaigns down the line. On that note, both services added that users can expect new promotions to be announced soon as the upcoming Ramadan and Hari Raya seasons are fast approaching.

The post Setel Users Can Now Top-Up Its E-Wallet With GrabPay appeared first on Lowyat.NET.