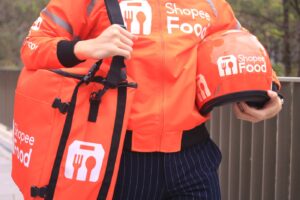 Shopee today has officially announced the expansion of ShopeeFood to Kota Kinabalu, Sabah. It’s worth noting that the company had previously revealed the arrival of its food delivery service in the East Malaysian state alst week through its social media channels.

According to Shopee, ShopeeFood’s coverage includes Kota Kinabalu itself, as well as surrounding key locations such as Penampang, Sepanggar, Petagas, Menggatal, Inanam, Likas, Foh Sang, Damai, Bukit Padang, Lido and Luyang. In terms of participating merchants, users can expect to order their meals from local eateries including Flips, Little Sulap, Nasi Lemak Bamboo, and Restoran Jamal Salim, among others.

Much like the food delivery service’s presence in Peninsular Malaysia, users in Sabah are also able to enjoy the numerous promotions and discounts that are offered via its app. These include those by ShopeeFood itself, local merchants, as well as popular F&B brands like McDonald’s, KFC, Starbucks, Tealive, Boost Juice and many more.

Speaking of which, Shopee also announced the return of its ShopeeFood Day promotion. Running from 12 July to 14 July 2022, users can expect special deals with discounts of up to 50%, as well as receive upsized vouchers that provide savings of up to 60% for a limited time from 3pm to 5pm daily.

Until now, ShopeeFood mainly covers locations in the Klang Valley region since September 2021, and later expanded its services this year to Johor Bahru and Penang in February and June, respectively. The company has not revealed any plans to expand the service in Sarawak or even other states in Peninsular Malaysia so far. Meanwhile, outside of Malaysia, ShopeeFood is also available in other Asia Pacific countries including Vietnam, Thailand, and Indonesia.

Shopee’s own service is also among the newer faces that had recently hopped onto the food delivery bandwagon. On that note, other newcomers in the scene include popular e-wallet Boost, AirAsia, and – interestingly enough – local electronics retailer SenHeng.