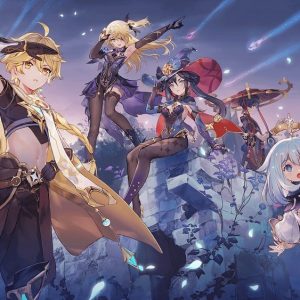 Back in 2019, we saw reports of children emptying the bank accounts of their parents buying FIFA Ultimate Team lootboxes. At the turn of the new year, we have a similar story from our neighbour down south. A teenager has given her father a credit card bill of S$20000 (~RM62000) buying gacha pulls in Genshin Impact.

The Straits Times reports that the father had gotten a call from the bank, informing him of a missed payment of the aforementioned amount. This was accrued via a total of 89 transactions in the span of six weeks, between the months of August and October. The transactions all led back to his 18-year old daughter’s Grab account, which was tied to the man’s credit card to cover her transportation expenses.

In addition to paying for transportation, the teen had also linked her Grab account to Genshin Impact. She then went on a pulling spree which resulted in the massive bill.

According to the report, the father managed to recover half of the money from the bank that issued the affected credit card, “which he said was done out of its goodwill”. Which is worth mentioning as the teenage daughter who made the transactions is 18, and thus of legal age to enter into contracts on her own. The report cites lawyer Lionel Tan who says that because of this, it’s difficult to argue that the daughter did not know what she was doing.