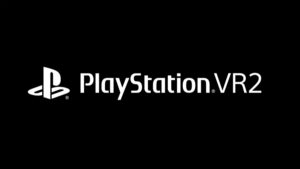 CES is not usually the place to announce new first-party hardware for a console system. However, that is exactly what happened earlier today at Sony’s CES 2022 press conference as the company has officially revealed the name for its next-gen virtual reality system: the PlayStation VR2.

Made for PlayStation 5, the company has also used the occasion to reveal the official name for the virtual reality system’s controller as well which is now called the PlayStation VR2 Sense. The controller was first revealed by Sony back in March last year although it was just referred to as the “next-gen VR controller” back then.

Unlike the PS VR2 Sense controller, Sony continues to keep the actual PS VR2 headset under wraps despite the announcement today. Nevertheless, it has provided additional details regarding it including a more elaborate specs sheet as noted below:

Sony has also noted that the PS VR2 utilises inside-out tracking which means that it does not require external camera unlike its predecessor. This also explains the headset and controller tracking cameras that were mentioned in the specs list above.

Additionally, Sony has also noted that the PS VR2 is able to support HDR contents alongside 3D audio capability. As for the PS VR2 Sense Controller, here are the specs:

Back in March 2021, Sony said that the adaptive trigger buttons on PS VR2 Sense controller are similar in nature to those on the PS5’s DualSense controller. The announcement of PS VR2 today is also accompanied by the release of the teaser for the Horizon Call of the Mountain which is the first game to be officially confirmed for the virtual reality system.

As for the system’s release date, the company once again didn’t provide any details regarding that during its CES 2022 press conference. Given what has been revealed today, it seems likely that Sony will launch PS VR2 within this year.