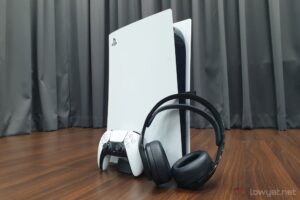 Sony has announced plans to ramp up production of its PlayStation 5 (PS5) console as its supply chain constraints ease. The company will also be expanding its games portfolio with more PC and mobile titles as it leans more into cloud gaming.

Earlier this year, Sony had decided to increase production of its last-gen PS4 console instead of its flagship offering to meet the high demand and it was also forced to cut production of the PS5 by one million units due to component shortages and logistical issues. Its reasoning was that the PS4’s less advanced chips made it much easier to manufacture, as well as being a more budget-friendly option for consumers.

This was during a time when all industries were reeling from the effects of the pandemic that disrupted supply chains. Now, while there’s still supply chain uncertainty due to China’s strict COVID-19 lockdowns, Sony seems certain that the situation is improving and that further heavy increases can take the company to unprecedented console production levels.

However, Sony told investors that it expects the newer console to close the gap next year and eventually overtake PS4’s install base the following year. In its forecast, the company is expecting 18 million PS5 units to be sold in this business year, compared to only 11.5 million last year.

Additionally, while this year will see PS4 and PS5 titles make up more than two-thirds of new releases, Sony said that PC and mobile titles are expected to make up almost half of new games in 2025. The company wants to follow the trend of cloud and mobile gaming as gamers spend more money on free-to-play online titles that don’t require bulky hardware.

The post Sony To Ramp Up PS5 Production To Meet High Demand appeared first on Lowyat.NET.