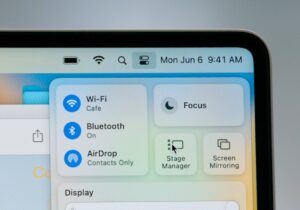 When Apple announced iPadOS 16 during WWDC this year, one of the biggest features that the company announced for its tablet operating system was Stage Manager. But the major caveat here is that only a limited number of iPad models can actually get it. Specifically, only those with an M1 chip. Though with the latest beta version of iPadOS 16, the company is extending the feature to older iPad Pro models.

That being said, these older iPad Pro models will have a slightly limited version of the Stage Manager feature, in that there’s no external display support. Which means that these older tablets can only have up to four apps running on-screen at a time.

On a related note, the company is also temporarily removing external display support from iPad models with the M1 chip with this latest version of the iPadOS 16 beta. This is was something that was part of the tablet operating system since it was launched, letting users run up to eight apps on-screen at a time. But there have been plenty of performance complaints regarding the feature when used this way, even from the very beginning. This may be the reason behind its temporary removal, even if it comes a little late.

In a statement to Engadget, Apple says that external display support for M1 iPad models will return in a software update later this year. No date was specified, but it will probably be whenever the company feels comfortable with its fix for said performance issues.