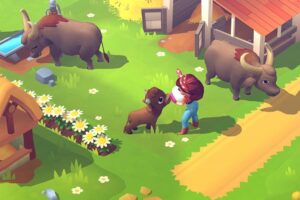 Back in January, Take-Two Interactive announced that it was acquiring mobile game maker Zynga, probably best known for Farmville. The acquisition process is now complete following stockholder approval a few days ago.

As a refresher, Take-Two offered to buy Zynga for US$12.7 billion (~RM55.8 billion). The latter’s stockholders will be getting 64.5% of the transaction in the former’s stocks, with the rest being in cash, as a result of the transaction. The CEO of the acquirer, Strauss Zelnick, will be leading the combined entity.

The deal is meant to help Take-Two establish a notable presence in the mobile space. Which makes sense, since in addition to Farmville, Zynga has a long laundry list of other mobile and social titles under its belt.

For now, it’s not exactly clear if the deal will translate to anything that will directly benefit gamers. Though one can probably expect more elements from both the large budget AAA space and the mobile market to cross over to one another. Not that we don’t already, considering the prevalence of microtransactions in high-budget premium games of today.

On the other end of the spectrum, at least in more recent times, there’s the transferring of Crystal Dymanics, Eidos and Square Enix Montreal to Embracer Group. This deal is currently scheduled to be finalised by the end of the year. But in terms of value, Embracer is getting not only the three studios, but also their IPs, for US$300 million (~RM1.3 billion). Which is a paltry sum in comparison to this Take-Two and Zynga deal.

The post Take-Two Completes Its Acquisition Of Zynga appeared first on Lowyat.NET.