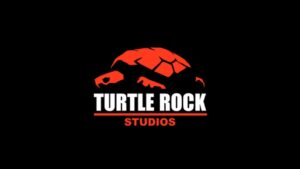 Chinese tech giant Tencent recently announced that it has acquired Slamfire Inc, the parent company of video game developer Turtle Rock Studios. As mentioned in this article’s title, the studio is well known for the highly popular Left 4 Dead series, as well as Evolve and most recently, the new zombie-themed co-op shooter Back 4 Blood.

Turtle Rock Studios revealed that it will still be helmed by co-founders Phil Robb and Chris Ashton, and support for Back 4 Blood will not be affected. “By joining the Tencent family, we will not only get access to their vast resources and expertise, but we have found a partner who is encouraging us to be ambitious and visionary,” the developer said via an official blog post.

The studio also announced that it is looking to expand its team to further improve the game, as well as to develop new multiplayer experiences. “Additionally, we get to do something we have never done before as a studio: turn a universe we created into a true long-standing AAA franchise,” it added. It is unclear whether Turtle Rock is referring to Back 4 Blood or is teasing a new upcoming project.

For those who missed it, Back 4 Blood – which is often referred to as the spiritual successor to Left 4 Dead – was released in October this year. The game is now available on multiple platforms including PC, PlayStation 4 and 5, as well as Xbox One and Xbox Series X/S.