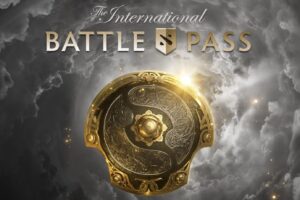 As was announced back in May, Valve is holding this year’s The International Dota 2 tourney in Singapore, a first for the tourney’s finals to be held in the region. The finals will happen in October, with the qualifiers having started a couple of days ago. That also marked the time that the game’s battle pass went on sale, with proceeds funding the tourney’s prize pool. And said prize pool has just breached the US$8 million (~RM35.8 million) mark.

For the most part, this is no real surprise. The International regularly boasts the biggest tournament prize pools of every year. And with every iteration, the prize pools only seem to grow bigger and bigger.

Though for once, we may see one instance of The International having a smaller prize pool that the year before. As PCGamesN notes, while having battle pass sales contributions putting the prize pool total to US$8 million in two days is very impressive, it falls a little short of what last year’s tourney did. For context, within the same time frame of two days, the International 2021’s prize pool was over US$9 million, so this year’s edition is just a little short.

Of course, with a whole month and a bit left, there’s still a lot of room for this year’s prize pool for The International to catch up. That being said, it’s quite the caching up to do, to match last year’s prize pool total of US$40 million. As with just about every other year, Valve itself is contributing US$1.6 million to kick things off, and this year is no different.

The post The International 2022 Prize Pool Hits US$8 Million appeared first on Lowyat.NET.