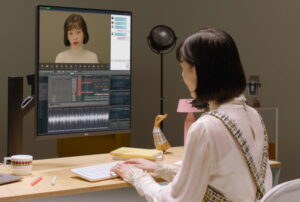 With just a few days left before we enter 2022, companies have begun to unveil new products slated for release next year including the Korean electronic giant, LG. Among them is the new DualUp Monitor (28MQ780) which features a rather unusual 16:18 aspect ratio.

Also dubbed as the Square Double QHD form factor, the company claims that the 27.6-inch Nano IPS monitor has the same amount of screen areas as two 21.5-inch displays. Primarily designed for multi-taskers out there, it also features a vertical split view function.

With a native resolution of 2560 x 2880, the DualUp Monitor has a DCI-P3 colour gamut coverage of 98% and supports HDR10 contents. It also comes with an LG Ergo stand as standard which features a space-saving clamp mounting and a swivel arm that allows users to easily position the monitor according to their comfort.

Set to be launched at the upcoming CES 2022, the only thing missing from LG’s announcement is its pricing and release date. We will keep you posted once we hear more updates regarding its availability in the market, especially for Malaysia.