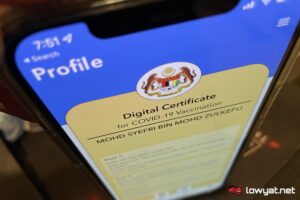 As previously announced, those who received the Sinovac COVID-19 vaccine as well as individuals over 60 are set to lose their fully vaccinated status on 1 April if they have not taken their booster dose. According to a recent remark by Health Minister Khairy Jamaluddin, the Ministry of Health estimates that millions of unboosted Sinovac recipients will be affected when the deadline passes.

At the moment, the amount of Sinovac recipients without a booster stands at around 2.09 million. Taking into account the number of people who will receive the additional jab by next week, about two million Sinovac recipients are estimated to still remain unboosted by then.

The Sinovac vaccine’s effectiveness has been proven to wane much faster than other makers, leading this group of recipients to be more vulnerable to the virus, especially as the country transitions to an endemic phase. Additionally, Khairy reminded those who are still stubborn that Singapore also requires a booster for Sinovac recipients to be considered fully vaccinated and enjoy quarantine-free entry.

Come April, the vaccination certificate on the MySejahtera app of affected individuals will turn from yellow to white, indicating that they have not completed their vaccinations and barring them from most public spaces. The minister did not reveal the number of elderly who are set to lose their fully vaccinated status, but as of 16 March, only 74.2% of this group have been boosted.