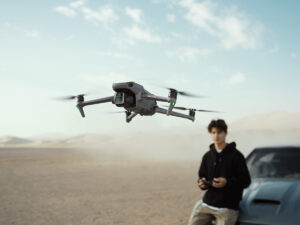 The US has added drone maker DJI, along with seven other Chinese companies, to an investment blacklist that it believes to be a threat to national security. The US Treasury Department justified the decision, stating that the company had a role in China’s crackdown and oppression of Uyghur Muslims, along with other ethnic and religious minorities within the Xinjiang region.

With DJI and the other companies now on the blacklist, US companies and investors will no longer be allowed to buy or sell shares belonging to said companies effective immediately. Unless, of course, they obtain a special license from the US government.

It should come as no surprise that this isn’t the first time the US has banned Chinese companies and put them on an entity blacklist on “ethical” grounds. Last week, it banned another China-based company, SenseTime, a startup that specialises in AI-based technology. Of course, we all know of Huawei, which was the first and most prominent of Chinese brands to receive the US banhammer, and that was long before its human rights track records and treatment of the Uyghur people was cast into the spotlight.

When asked about being put on the blacklist, DJI was clearly of the belief that it is unfair and that it had “done nothing” to justify being placed on the entity list. In light of it, the drone maker says that it had already began evaluating options to ensure our customers, partners, and suppliers are treated fairly.

On that note, the Chinese government is clearly none too happy about the US’ actions and has accused the Biden administration of politising technological and economic issues.

The post US Puts DJI And Several Other Chinese Companies On Investment Blacklist appeared first on Lowyat.NET.