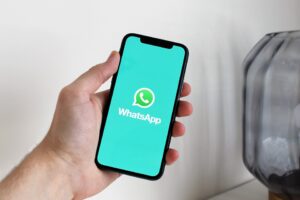 WhatsApp’s new “Message Yourself” feature is slated to roll out to all of its users on both Android and iOS platforms in the coming weeks, TechCrunch reports. The feature was initially made available to testers in October, and now appears to exit its beta stage for a full-fledged release on the main app.

As implied by its name, Message Yourself is a function which allows you to, well, send messages to yourself on the Meta-owned platform. While that may sound weird for the uninitiated, the feature is actually borne from a common habit amongst users who use messaging apps for the purpose of note taking, setting reminders, backing up images or videos, saving web links, and so on.

Prior to the introduction of this new feature, the only way for users to message themselves is by creating a chat group by including at least one contact. Once the chat is formed, all that’s left is to remove the contact so that you’ll be the sole member of the group.

Message Yourself aims to rid of these steps entirely, enabling you to initiate a chat with yourself directly through the Select Contact screen. The new feature also lets you easily pin your self-chat to the top of the Chats screen for easy access and reference. Another benefit from this is that both messages and attachments will also be carried over to other devices which you have paired via WhatApp’s Linked Devices feature.

WhatsApp’s rollout isn’t revolutionary in any way, as rival messaging platforms such as Signal, Telegram have already introduced their very own take on self-messaging. Regardless, the addition of such a feature on the Meta-owned private messenger will surely be welcomed by its users.

However, it may take a while before you can fully utilise the new Message Yourself ability, hopefully in another week or two. That being said, don’t forget to update WhatsApp to the latest version by the time comes in order to enjoy any forthcoming updates.

The post WhatsApp Rolling Out New “Message Yourself” Feature To All Users In Coming Weeks appeared first on Lowyat.NET.