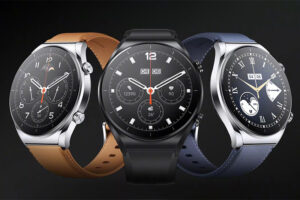 Alongside the new Xiaomi 12 Series, the company has also officially launched the new Xiaomi Watch S1 smartwatch. Positioned as a premium offering, the new wearable is equipped with a 1.43-inch AMOLED touch display that is housed in a stainless steel frame and protected by sapphire glass.

Comes with the option of a silicon or leather watch strap, Xiaomi claimed that the S1’s 470mAh battery is able to deliver up to 12 days of battery life. It also has a very long standby time of up to 24 days.

As per what you may expect from a smartwatch, users have the ability to answer or reject phone calls and check out notifications via S1. It also has NFC capability for contactless payments although it remains to be seen whether Xiaomi will carry this feature over for the watch’s international release, shall it happen.

Alongside a water-resistant rating of 5 ATM, the S1 is also equipped with a dual-band navigation chip that supports GPS, BeiDou, GLONASS, Galileo, and QZSS (Michibiki). In terms of workout tracking, the watch carries 117 different sports modes for users to choose from and is also capable of sleep, heart rate, as well as blood oxygen (SpO2) tracking.

Xiaomi has also implemented its AI assistant, Xiao Ai into the S1. It also can support third-party apps which are downloadable via the Xiaomi Wear app although iOS users will not able to access this capability.

Price-wise, the Xiaomi Watch S1 starts at RMB1,099 (~RM721) while the leather strap costs an additional RMB100 (~RM65) which made it slightly more expensive than the Xiaomi Watch 2. It will go on sale in China starting from 31 December but there is no word from Xiaomi on whether it will be made available in other markets.