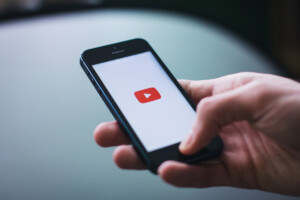 YouTube is testing a new Smart Downloads feature on its mobile app on Android in Europe, 9to5Google reports. It functions similarly to its counterpart which is already available on the audio-only YouTube Music app, where it is used to automatically download new content on mobile devices, as long as it is connected to Wi-Fi.

Smart Downloads is intended to help users to save up on mobile data, and will download 20 videos every week based on the user’s watching preferences. These videos can be viewed offline by navigating to the Downloads page under the app’s Library tab. 9to5Google says that YouTube will notify users if their devices are low on storage, and will advise them on what steps to take in order to free up space.

And much like the same function that is available on YouTube Music, the new Smart Downloads tool is only exclusively available to Premium subscribers. Moreover, the Google-owned streaming platform notes that the new feature is rolled out in a limited run, which is – as mentioned earlier – only accessible by Android users in Europe at this time. It is not known whether the Smart Downloads test will be expanded to other regions in the near future – let alone see an iOS version.

But should that be the case, Premium users are usually notified of its availability on their Home feed. To try out new experimental features on YouTube (when they are made available), simply navigate to youtube.com/new, or opt-in via the Try New Features option under Settings in the mobile app.