KUALA PILAH: Enforcement officers have seized 20,000 litres of subsidised diesel from an unnumbered lot at the Mahsan Industrial Area in Bahau near here.

District Domestic Trade and Consumer Affairs head Ahmad Khuzairi Salamat said the officers also seized a tanker lorry, a car and several tanks used to store the diesel during a raid around 6pm on Tuesday (July 19).

The raid was carried out jointly with personnel from the General Operations Forces based in Cheras. An enforcement officer checking a tank believed to have also been used to store the subsidised diesel.

“We also detained two suspects aged between 20 and 30 years. One of them suffered injuries while trying to escape and has been admitted at Jempol Hospital for treatment,” he said.

He said the estimated value of the seized items was RM106,000. 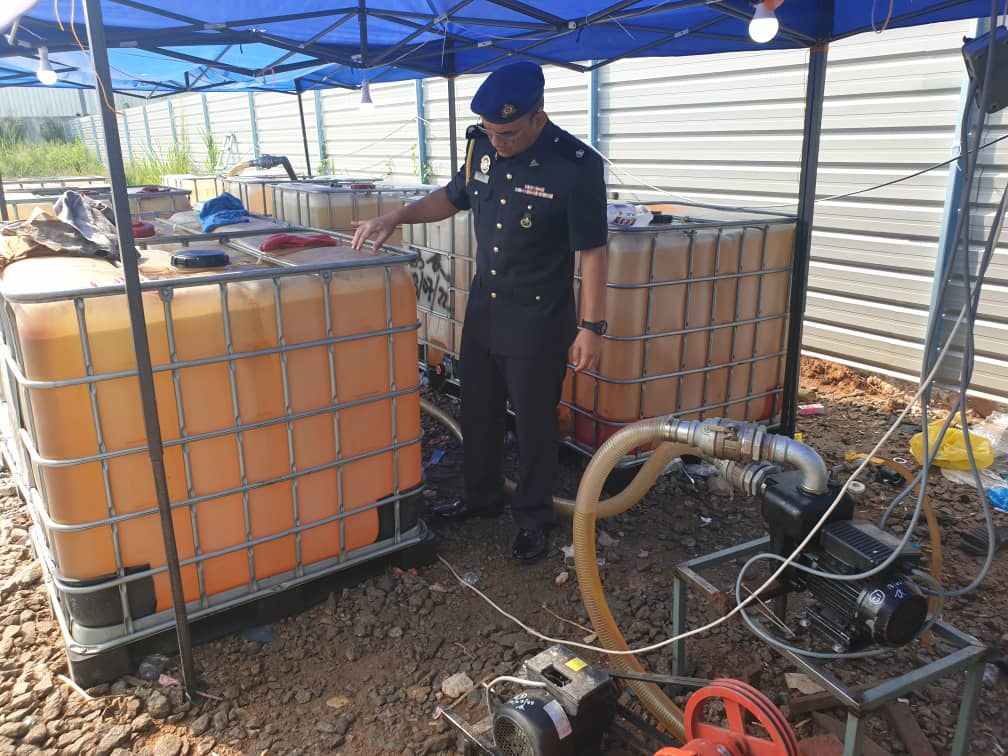 The diesel was stored in several containers at the lot.

Ahmad Khuzairi said checks showed that the suspects did not have any licence or valid document allowing them to store the diesel.

The case, he said was being probed under the Control of Supplies Act 1961 for storing controlled items at an unlicensed location.

He also appealed to the public to report to the department if they had information on such activities by contacting its call centre at 1 800 886 800, enforcement command centre at 03 8882 6088/6245 or email it to e-aduan@kpdnhep.gov.my.