The largest state in Malaysia is targetting 1.2 million tourist arrivals this year.

If you plan to be one of them, why not coincide your visit with the What About Kuching Festival?

It is a community-driven event showcasing the arts, culture and lifestyle of the people of Kuching and Sarawak and will take place throughout October.

Meanwhile, here are some other things to look out for during a trip to the Land of the Hornbills. Northeastern Sarawak is home to various ethnic groups such as the Kayan, Kenyah, Lun Bawang and Kelabit, who are collectively known as Orang Ulu.

They all have their own distinct cultures and speak various languages.

Orang Ulu literally means “upriver people” and they usually can be found in remote, upriver parts of Sarawak.

They are very creative and their longhouses are usually adorned with murals and wood carvings.

They are also most renowned for their elaborate beadwork as well as other tribal crafts.

Beads used to be regarded as status symbols.

Nowadays they not only adorn traditional items such as necklaces, baby carriers and sun hats but also modern accessories including purses and handbags. The Rajang river is the longest in Malaysia and flows through Sibu, a riverine town in Sarawak.

Its is a whopping 563km in length, and the 1.9km Durin bridge has been built across it.

Logging, oil palm plantations, and hydropower developments are a few of the activities in the upstream regions, while a deep port is being built with sizable aquaculture farms downstream.

The river is truly life-giving to the people who live nearby as it provides food and water as well as services like transportation, power generation, leisure activities and jobs.

The Irrawaddy dolphin is one of the many inhabitants of the river, not forgetting the fearsome saltwater crocodiles. There are numerous uses for sago, a form of starch, in both food and non-food applications.

Sago pearls, fish crackers and fish balls, noodles (vermicelli and kuey teow), sago pellets and biscuits can all be made with it.

Sago starch is also used as a thickener, binder, filler, and stabiliser in a variety of products.

“Tebaloi” is a Melanau traditional snack made from sago flour, eggs, dessicated coconut and sugar. 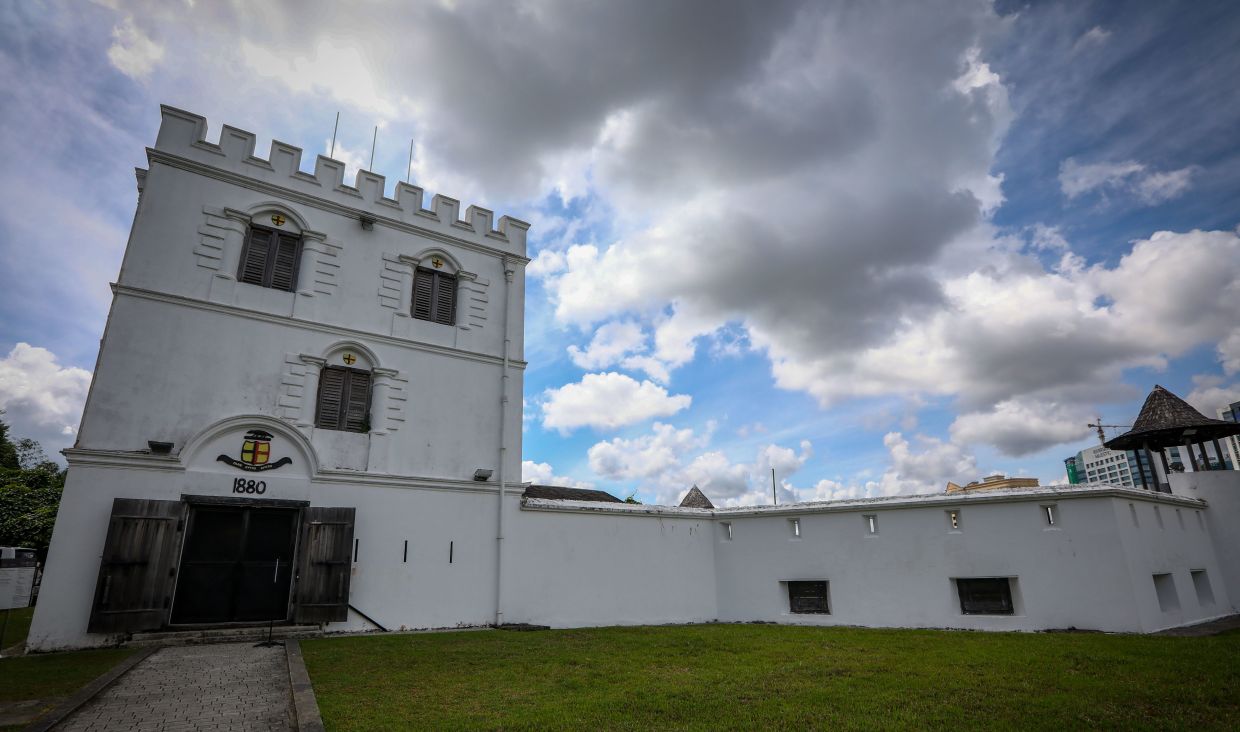 Fort Margherita is a fortress perched on a hilltop across the Sarawak river from Kuching’s shoreline.

Charles Brooke constructed it in 1879 and it is named after Margaret Alice Lili de Windt, his wife.

In 1971, it was turned into a police museum, which exhibited memorabilia from Sarawak’s early police history.

The fort was returned to the state government in 2000.

The Brooke Trust, a British charity, along with the state’s museum department and the tourism, arts, and culture ministry collaborated on the Brooke Gallery, which is now a permanent display that chronicles Sarawak’s history from 1841 to 1946, during the rule of the White Rajahs. The stunning 810m-high Mount Santubong provides a perfect backdrop to the state’s most popular tourist attraction, the Sarawak Cultural Village.

The area is also the venue for the annual Rainforest World Music Festival.

Santubong National Park, located in the Damai peninsula, is a perfect holiday destination with its sandy beaches overlooking the South China Sea and lush tropical rainforest.

The mountain is also popular with hikers but the trek is not for the faint-hearted. 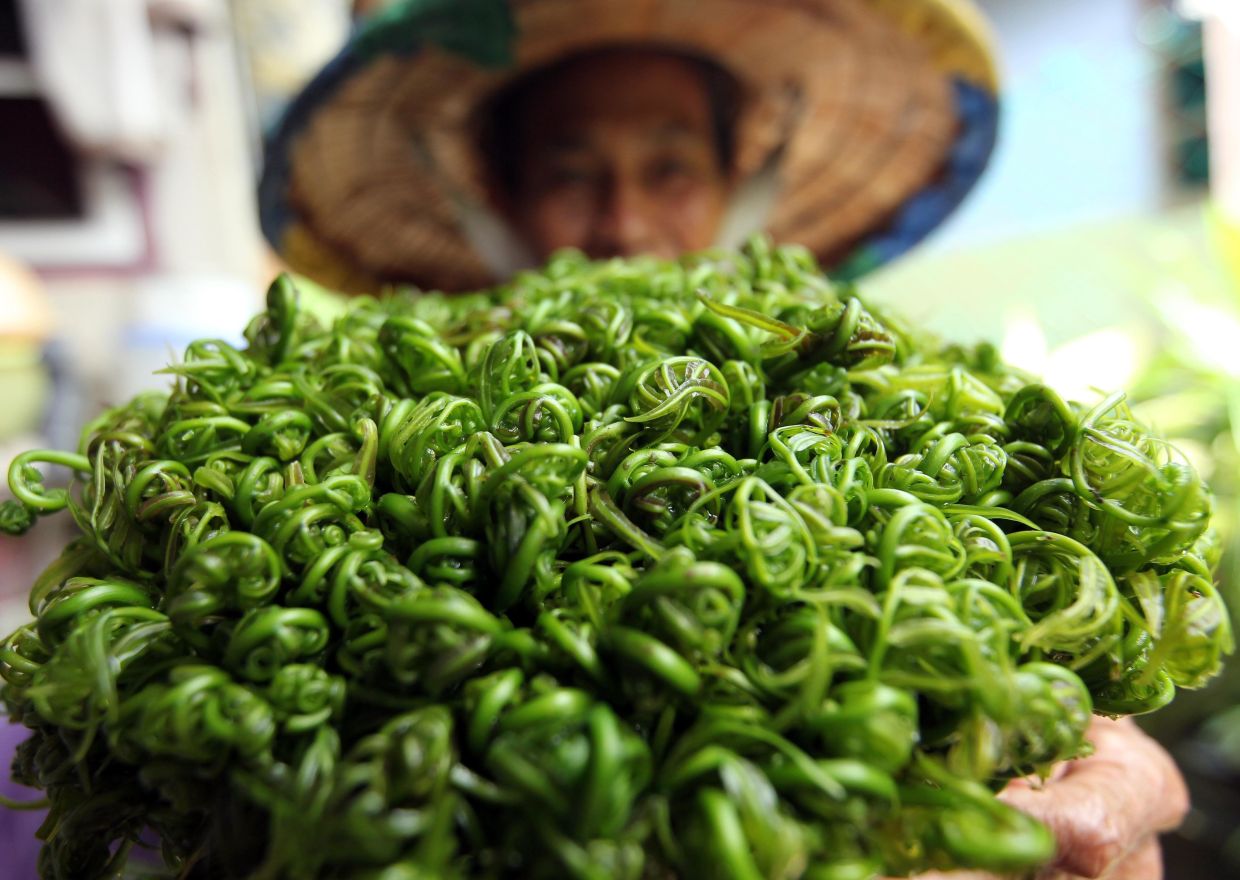 Midin (stenochlaena palustris) is a young bracken fern that grows in the jungle and curls at the top-end.

It is usually found in peat swamps and bush forests of Sarawak,

The tasty and nutritious fern is usually stir-fried with anchovies and belacan and served as a side dish, especially during the harvest festival of Hari Gawai. Manok pansoh is a chicken dish that’s slow cooked in bamboo with ginger, lemongrass, garlic and torch ginger flower over an open fire, similar to how lemang is prepared.

This method gives the dish its distinctive flavour and unique fragrance while producing soft, silky chunks of chicken.

The all-natural cooking method locks in the flavours, making the dish aromatic and succulent. 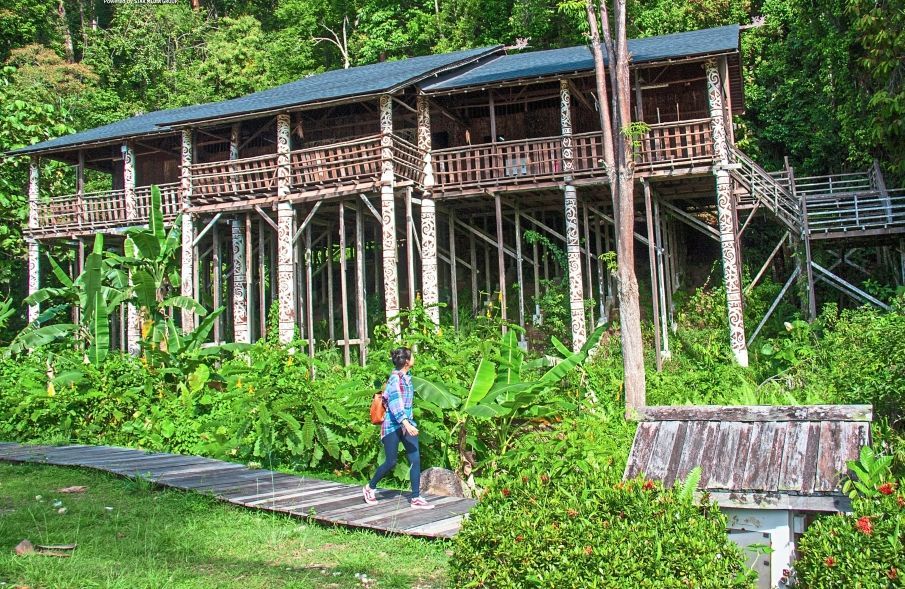 Nothing is more important than the longhouse in bringing the Iban community together.

The large number of Iban from the cities and towns returning home to their longhouse is a testament to the commitment to stay united.

Longhouses continue to be the Iban community’s main source of solidarity.