ALOR SETAR: A total of 130 people from 37 families are seeking shelter at two temporary relief centres (PPS) after being affected by flash floods at Kampung Iboi on Tuesday (Sept 6).

“There are 96 victims from 31 families, including four babies, at Dewan Kampung Padang Empang as at 12.30am on Sept 7.

Faizol added that the Civil Defence Force (APM) received a distress call at 7pm on Tuesday regarding the flash flood at Baling.

“Three officers and 18 personnel were immediately dispatched to the scene.

“We also used a five-tonne lorry, a four-wheel drive vehicle and an ambulance.

“The agencies involved include the Baling district office, APM, the police, the Fire and Rescue Department, Baling Welfare Department, and the Baling Public Works Department as well as some volunteers.

“The two districts affected are Baling and Kupang,” he said.

Meanwhile, he said the heavy rain started at around 2pm on Tuesday and lasted for about three hours, causing the water from Sungai Kupang to overflow into the settlements near the river bank.

“The APM received a report about the flash flood at around 6pm and a team of Baling APM members then made a survey to the location of the incident and found that several houses were flooded following the flash flood.

“Two PPS have been opened so far and it is still drizzling in Kupang’s subdistricts.

“The role of the agencies involved is to advise all residents who are near the river or in low-lying areas to leave their homes for safety,” he said.

On July 4, the floods and water surge phenomenon affected 12 villages in Baling, including Kampung Iboi and Kampung Masjid Iboi.

The flood also claimed three lives including a pregnant woman. 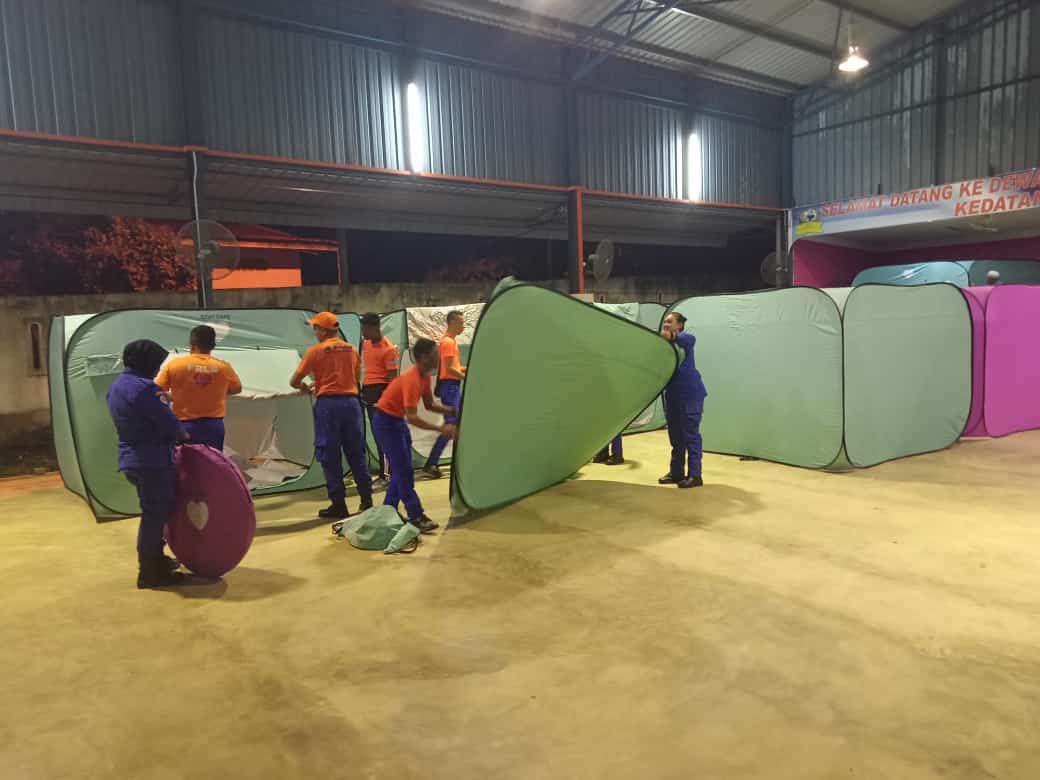