KOTA KINABALU: Bird watchers in Sabah can now make use of a newly-launched bird watching guide map introduced by Tourism Malaysia in collaboration with the Sandakan-based Borneo Bird Club.

The map was launched in conjunction with the upcoming Borneo Bird Festival 2022, due to take place at the Rainforest Discovery Centre (RDC) in Sepilok, Sandakan, this October, Tourism Malaysia said in a statement.

“Sabah is undoubtedly one of the top birding destinations in Malaysia, and over the years, the tourism board and local community have developed an excellent infrastructure that caters to nature lovers, birders and bird photographers. “The highlight for many bird watching enthusiasts is none other than the 66 endemic species found only on the Borneo island, such as the Bornean Bristlehead, Blue-Headed Pitta, Bornean Ground-Cuckoo, Whitehead’s Trogon, Whitehead’s Spiderhunter, and Crimson-Headed Wood-Partridge.

“This fun bird watching guide highlights all the popular birding locations around Sabah, including the world heritage site Kinabalu Park, Kinabatangan Floodplains, Danum Valley, and the Tabin and Sepilok forests.

“It also provides information about each of the sites, the birds that can be seen there, trails, accommodations and how to get there,” said Tourism Malaysia Sabah director Ednie Rahma Ab Rahim during the launch at RDC on Sunday (July 10). 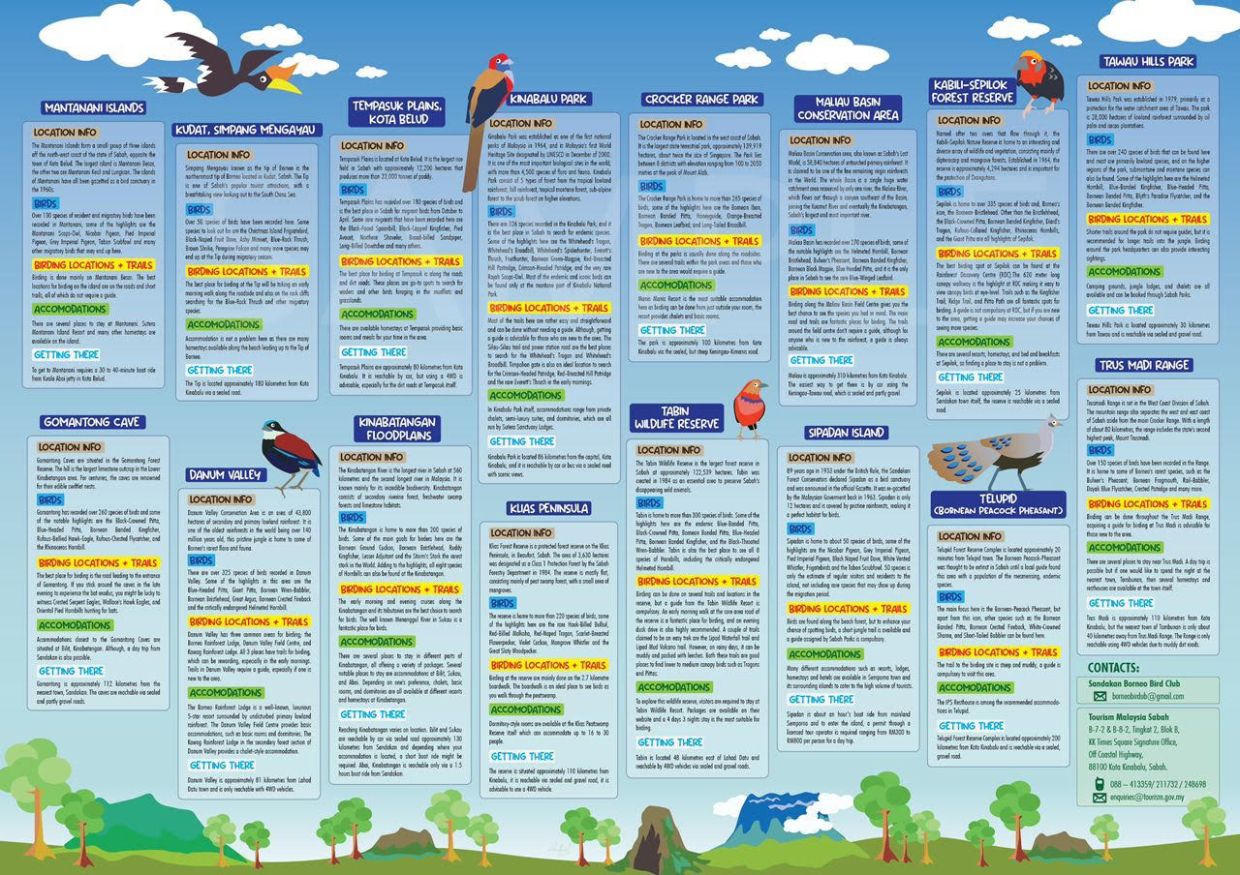 She said the development of the fun map was timely, as it will be useful for bird enthusiasts taking part in the festival to refer to.

Ednie also said that while the birding segment is a niche market, it yields high tourism revenues which will further boost the state’s economy.

“With this new, vibrant bird watching guide, birders and nature lovers can easily plan which areas they would like to visit in Sabah,” she added.

To get a copy of the map, the public can scan the QR code available on the Facebook pages of Tourism Malaysia Sabah and the Borneo Bird Club.